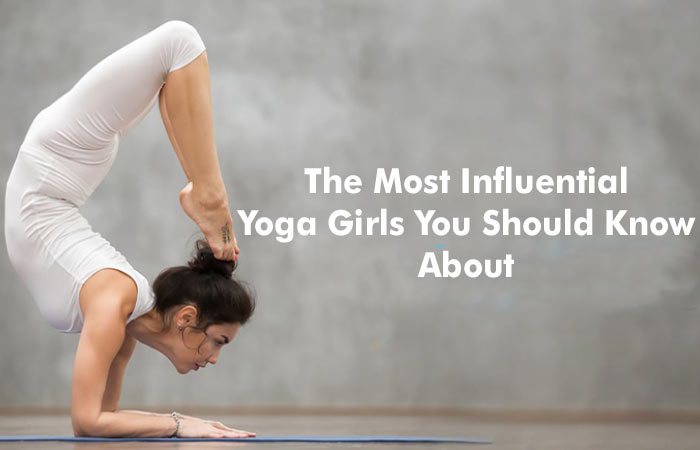 The Most Influential Yoga Girls You Should Know About

Yoga has been a practice associated with spiritual enlightenment and getting close to the Supreme Consciousness, However, with time it spread to the West and had a significant impact on its population. Yoga became a global phenomenon and was mostly associated with men. However, it all changed with the emergence of several yoga girls who practised it and then made their mark in the world of yoga.

Therefore, to honour their contribution to this vast field, yoga experts have compiled a list of some of the renowned female yoga teachers from around the world.

Come! Let us check the who’s who of the yoga world.

5 Yoga Girls To Know About

It is hard to remember the names of every female yoga practitioner and teacher who have left their mark on yoga.

However, this does not mean you should just let it go. Given below are the names of some of the most powerful and inspiring women of yoga.

Indra Devi was the earliest disciple of Tirumalai Krishnamacharya (The Father of Modern Yoga). Over her life, she taught yoga in China, India, Russia, Mexico, and the United States among other countries. In other words, she is the most influential yoga teacher to have walked the earth.

A well-known master and teacher of Kundalini yoga, Krishna Kaur taught this yoga style and self-awareness for 40 years. She carries a wealth of knowledge, experience, not to mention that her yoga workshops take place in the USA, Canada, Latin America, Europe, Asia, and beyond.

She is one of the yoga girls who is also certified by the Kundalini Research Institute as a Kundalini yoga teacher and trainer. Apart from this, Krishna is the founder of YOGA for Youth (a Non-profit for training yoga teachers to work with high-risk youth). She also has a yoga centre in South Central Los Angeles.

Kaur is mostly known for her powerful yoga workshops, the yoga teacher training programs, and her passion for spreading yoga around the world.

Although this yoga warrior passed away at the age of 55 in July 2019, her contribution to the world of yoga cannot be underestimated. She was the founder of YogaWorks and also the first female to practice the 3rd and 4th series of Ashtanga yoga. Mitzy carved a name for herself in the yoga community by combining Iyengar and Ashtanga yoga into personal yoga practice.

Mitzy Ezraty is also known for being the first woman to bring the tradition of yoga to India and promote it in the West. A common statement that makes the rounds regarding this is – If you have learned yoga in the United States, Matzy has influenced the yoga which you practised.

Kino MacGregor is one of the yoga girls known for being the best Ashtanga yoga teacher in the world. She has been practising this yoga style since the age of 19 and received her certification at the age of 29. This yoga legend has a strong connection with Mysore and Ashtanga yoga lineage.

She has authored numerous yoga books, DVD’s, and has more than a million Instagram followers. Kino is also the founder of Omstars, the world’s first yoga network. In this digital age, Kino MacGregor is the most influential yoga practitioner.

Arianne Traverso, the founder of Bizzyyogi.com, is a 500-hour yoga teacher with certification from Yoga Alliance. Arianne is also the owner of TRIO studios in Miami. She is known for helping yoga teachers and students tap into their locked potential with yoga.

Traverso has made it her personal mission to lead international retreats, teach training, and be present at global yoga festivals. The platform Bizzy Yoga Academy came into existence keeping in mind yoga teachers and helping them combine their love of yoga with business. Through her deep knowledge and commitment, Arianne has helped thousands in raising their consciousness with yoga.

These are the five most powerful yoga girls who have played a massive role in popularizing yoga in the West and other parts of the world.